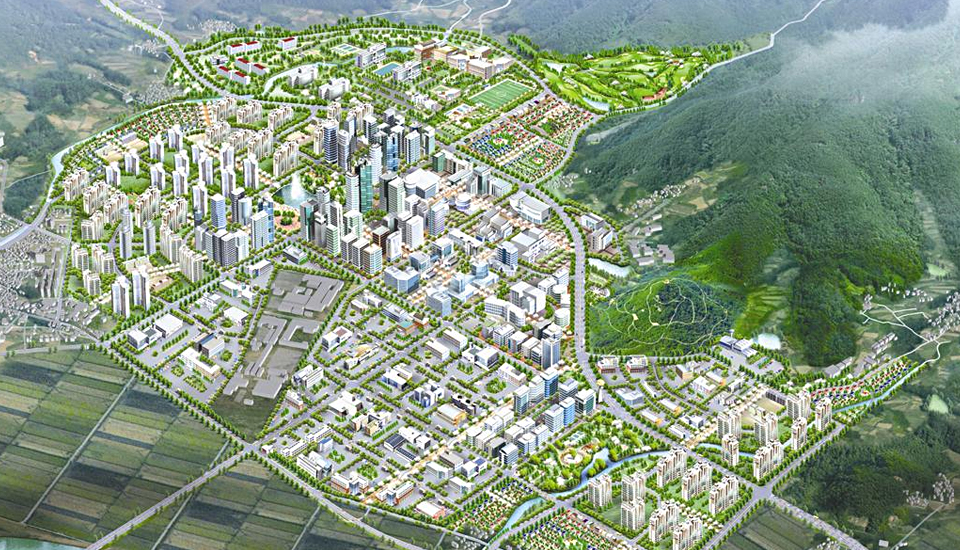 Daegu Technopolis, located within the Daegu Gyeongbuk Free Economic Zone (DGFEZ), is a scientific center that has been designated as a R&D special zone by the government. It is to be developed into a futuristic high-tech scientific center equipped with a ubiquitous environment in which research institutes, universities and companies are concentrated and residential lots, commercial, educational and cultural facilities are well established.
We are building an industry-university-research Electronics & Telecommunications Research Institute cluster, based on sophisticated ubiquitous infrastructure, with a planned population of 50,000 to develop Research &Business Development and enhance synergy while stepping up the efforts to create new growth. Along with such efforts, we will also focus on strengthening the global competitiveness of our leading industries, including the green energy, IT convergence, robotics and medical device industries, and endeavor to develop world-class Daegu National Science Museum and Korea Institute of Industrial Technology. 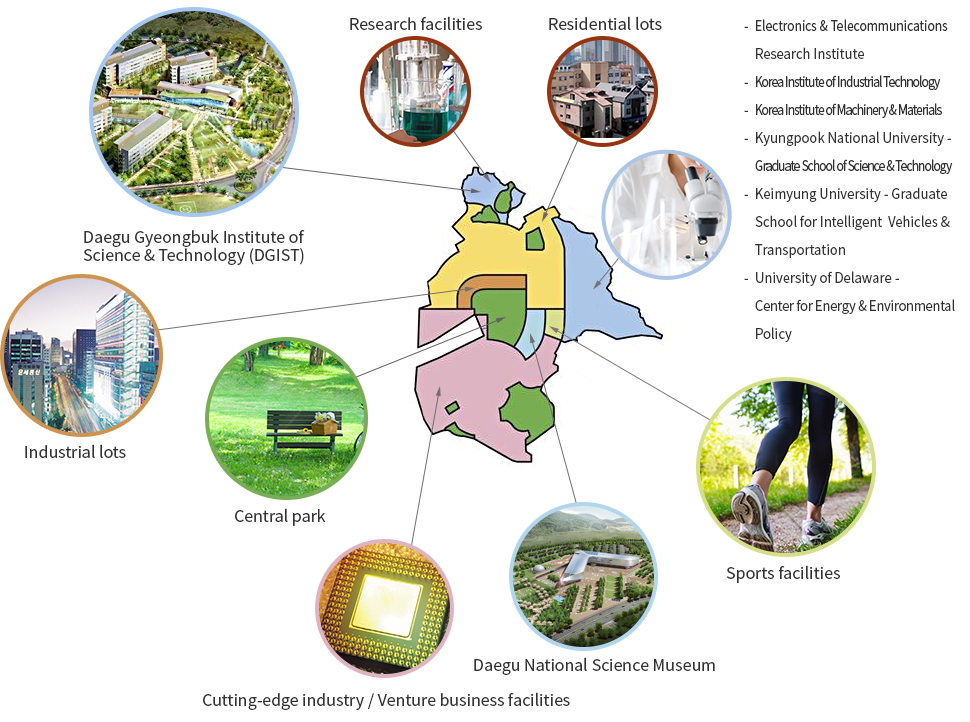